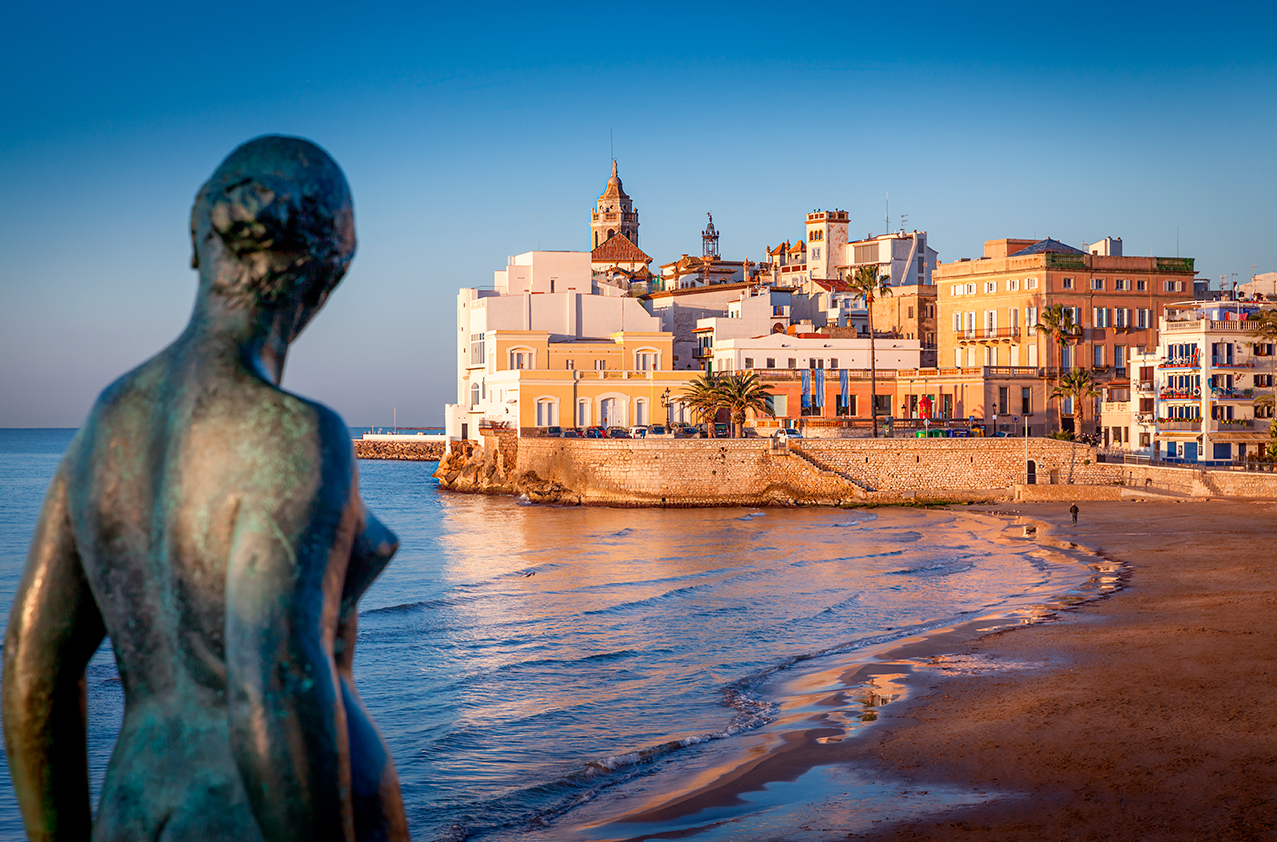 Sitges is enigmatic and hides mysteries. Every stone, every street and every tradition of this coastal town has a why, and very soon they will be revealed. Do you think you’ve discovered all his anecdotes? Keep reading, because we’re about to surprise you…

In Dolce Sitges we have gone out to investigate. Just like we did in our recent article 12 curiosities you didn’t know about Sitges, we pulled each thread to add 9 more curiosities to our list of the biggest curiosities in Sitges. How many did you know?

Did you know that Sitges has its own Fifth Avenue?

Just like New York itself, Sitges also has its Fifth Avenue. It’s not a big street full of shops and hustle and bustle, but a narrow alley between two houses that was renamed Fifth Avenue by the ironic locals.
Despite having a handmade plaque that identifies it as 5 Avenue, the real name of this alley is Corraló de la Rectoría. It is located between the Town Hall area, the rectory and the Maricel Palace. 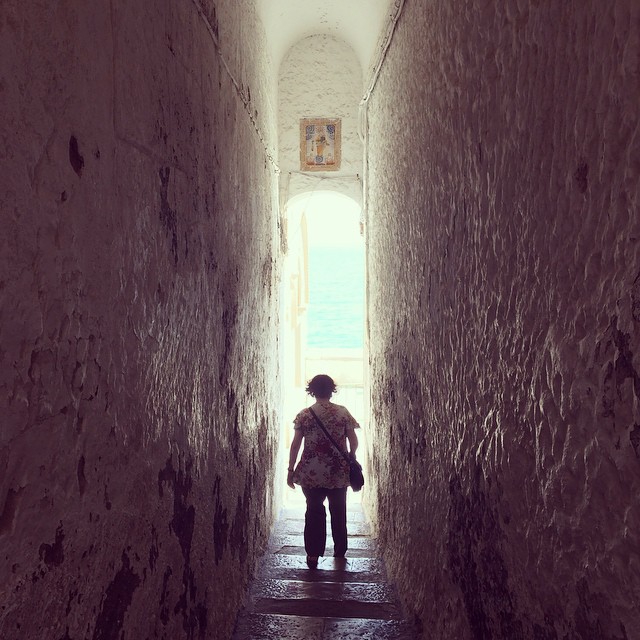 Did you know that a Buddhist monastery is hidden near Sitges?

At the heart of the Garraf lies a Buddhist monastery known as Sakya Tashi Ling. This temple is a place of pilgrimage for religious and a must for lovers of architecture, as it is located in the modernist palace Plana Novella. The palace was commissioned by a wealthy Indian after his return from Cuba in 1890, and is the work of Manel Comas i Thos. This is an ostentatiously decorated building that contrasts with its current neighbours, Buddhist elements and ritual objects.

This enclosure has been a monastery since the mid-nineties and can be visited at a reasonable price, but with prior telephone reservation.

Did you know that one of the most emblematic carnivals in Spain is celebrated in Sitges?

The carnival of Sitges has more than one hundred years of history and, together with those of Cadiz and the Canary Islands, is one of the most famous in the country. In fact, TripAdvisor’s prestigious tourist portal Niumba has selected it as one of the best carnivals in Spain.

The popularity of this event is not a matter of chance… Every year the Sitges Carnival gathers more than 300,000 visitors in just one week with its activities and concerts, its more than 50 Sambodrome-style floats and the ostentatious costumes of its participants. Would you like to know more about this celebration? Visit our article Why attend the Sitges Carnival and satisfy your curiosity.

Did you know that Sitges has its own sculpture park?

Anyone who strolls through the streets of Sitges will soon realise what beautiful statues their streets wear. Some are figures of remarkable women and men, others are simply a tribute of the people of Sitges to the culture. Here are some of the highlights:

The Dona Mediterrània by Lluïsa Granero is a tribute to Mediterranean women. A sculpture that looks towards the horizon and invites us to merge with the beautiful postcard that is Sitges. It is located in Avenida Balmins, in front of San Sebastián Beach.

The Sitges Mermaid is one of the most emblematic sculptures. A mythological bronze figure, half woman, half fish, created by artist Pere Jou in 1964 and reminiscent of the iconic Copenhagen mermaid. It is located on the stairs of La Punta, in front of the Church of San Bartolomé and Santa Tecla.

The Bacardi Monument or Mirada al Futuro (“Looking to the Future “) is a tribute to Don Facundo Bacardi, an entrepreneur born in Sitges who emigrated to Cuba to found a prosperous company. In its upper part we can see the symbol of Bacardi rum, a bat, which escapes between two large bronze hands.

This sculpture was created in 2009 by Lorenzo Quinn and is located on the Paseo de la Ribera de Sitges, opposite the popular Calle del Pecado.

The Statues of Santiago Rusiñol and Ramón Casas are a tribute by Ramón Cuello to the most famous artists of Sitges. These are life-size bronze sculptures located on the Paseo de la Ribera in Sitges, at the end of the Paseo Marítimo.

In 2007, on the occasion of the 40th anniversary of the Sitges Film Festival, a new sculpture was installed: the Monument to the Film Festival of Joan Iriarte. This work is an iron replica of an old film camera with two shoe prints on the floor suggesting the presence of a cameraman. It is located in the Calle de la Sínia Morera.

La noia de Malvasia is a bronze sculpture that pays tribute to the winemaking tradition of Sitges. The malvasia grape is an autochthonous product of the region, and the grape harvester holds a basket in her hands while looking towards the Church of San Bartolomé and Santa Tecla. This statue is currently in the Fragata Gardens.

Did you know that the malvasia vineyards of Sitges existed before 1300?

Malvasia wine is typical of the Garraf area, but it has a lot more history than we thought. It comes from far away! The first historical references to this type of vineyard date back to the Roman Empire, around the year 1300. This variety of wine came to Sitges from Greece and Candía, and its name is given by the city of Monemvasía, located in the Aegean Sea.

Did you know that the architecture of Sitges has Cuban influence?

A walk in Sitges can be really entertaining. And it is that ostentatious modernist and neoclassical houses hide in plain sight in the streets of this town. These houses of Cuban influence have their origin in the Indians who traveled to the Americas and returned with great fortunes to build their luxury palaces.

An opportunity to see 18th century buildings with a Caribbean touch in the heart of the Mediterranean!

Did you know his most iconic church dates back to the 17th century?

The church of San Bartolomé y Santa Tecla is the main parish church of Sitges, of baroque style, and was built in the 17th century. Its construction began in 1665 and ended in 1672, although it is much older! In the same place where the church now stands, two previous churches had already been built, first a romantic one and then a Gothic one (in 1322). Unfortunately, the documentation of the period could not be preserved.

Did you know that Sitges is next door to a Natural Park?

The Garraf Natural Park is one of the 12 natural spaces of the Diputació de Barcelona, a green area of great biological and natural value located next to Sitges. This park is one of the best-kept secrets of Sitges, generally known for its beaches and leisure offers. The park covers an area of more than 13,000 hectares and is a large stone massif with caves, chasms, typically Mediterranean forests of holm oaks and pines and much animal life.

Did you know that in Sitges there is an old rally?

The Barcelona-Sitges International Rally is a vintage car race that has been held every year since 1959 between Sitges and the city of Barcelona. They’ve already had more than 61 editions, and adding up the kilometres covered in all of them, you could go around the world 10 times. That’s no small feat! In each edition more than 80 vehicles manufactured before 1928 are brought together and exhibited in two categories: vintage and vintage. 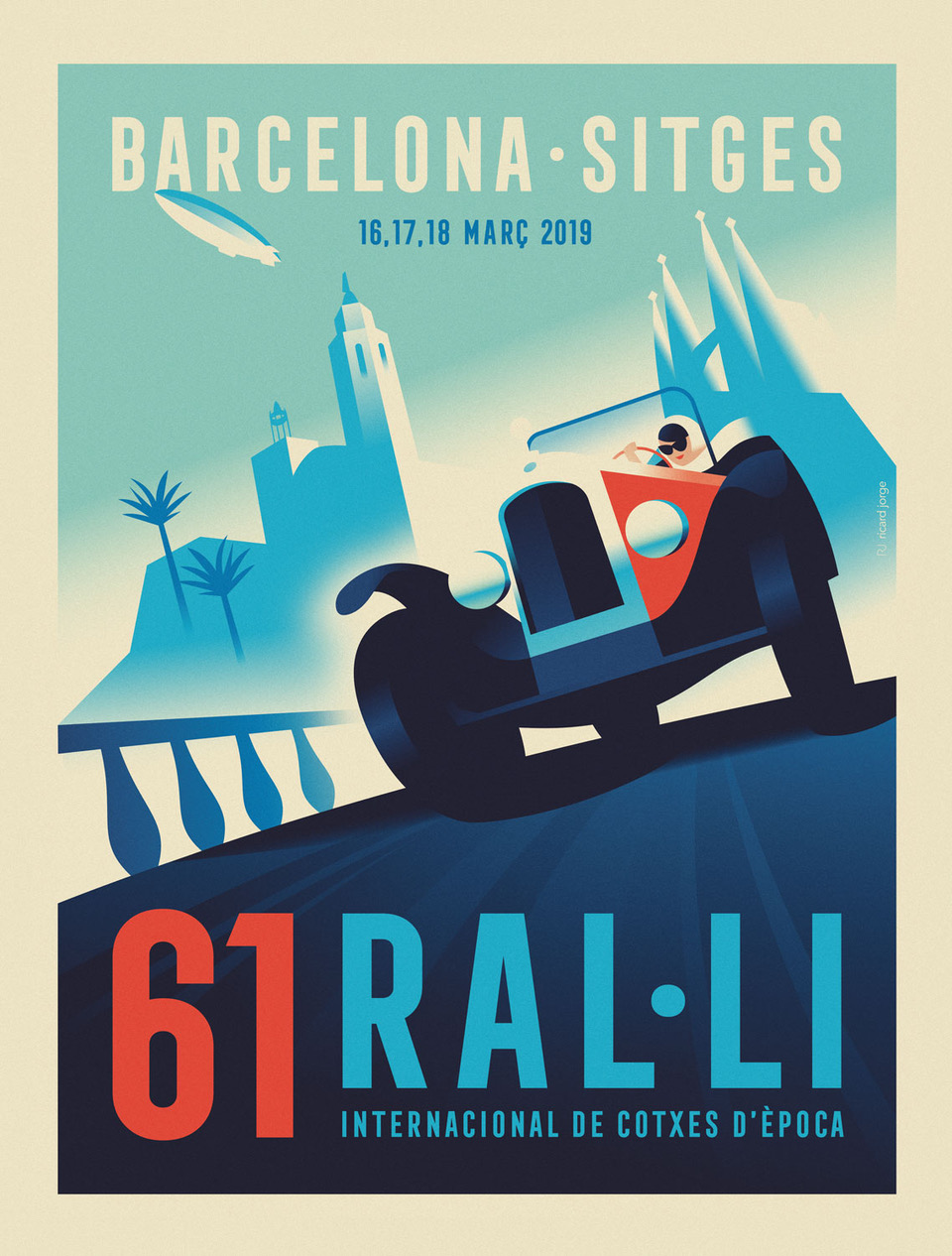 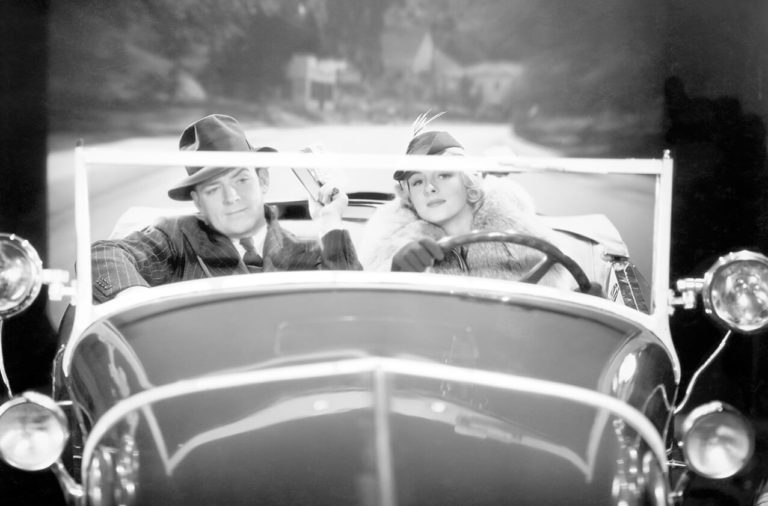 History on wheels: meet the ... 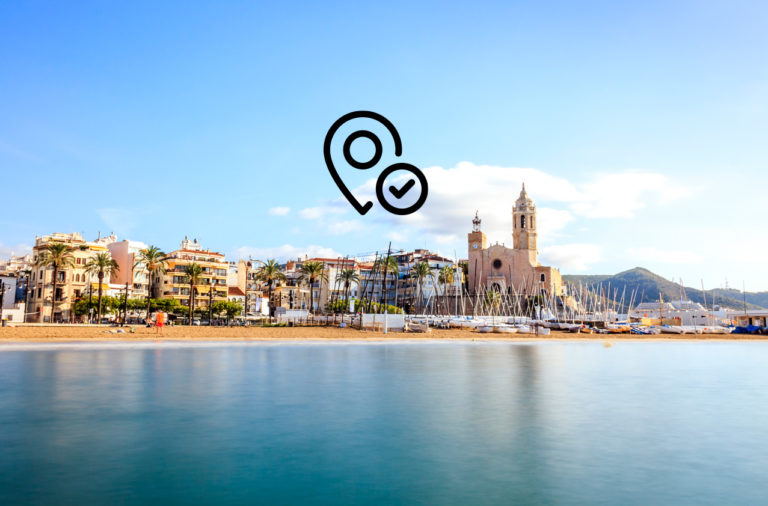 Why celebrate your business ... 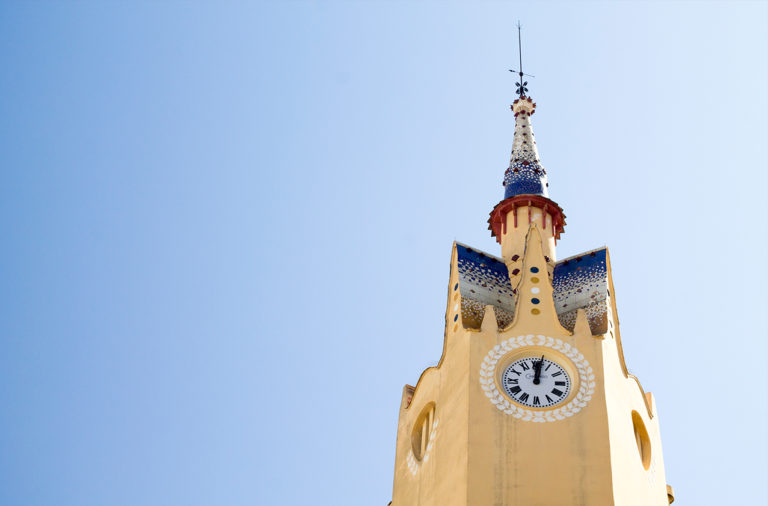 Tourist route through the mo ...

Get inspired
in your inbox!

5 plans to escape the city

Holidays inside and outside the hotel. How to enjoy Dolce Sitges this summer.